Libor Michálek alerted police and the public in December 2010 to circumstances pointing to corrupt practices in connection with the State Environmental Fund (SFŽP). He notably described the pressures he was exposed to as head of the SFŽP concerning certain public tenders as well as the process of depositing idle SFŽP capital in banks.

Libor Michálek was appointed head of the  SFŽP in August 2010, on the recommendation of the Minister of the Environment’s aide, Martin Knetig. In September 2010 Libor Michálek found himself under pressure related to the construction of a sewage treatment plant in Prague. Interior Minister Radek John advised him to secure an evidence to present to the police. Early in October 2010, Libor Michálek was advised by Komerční Banka that it had been contacted by somebody on behalf of the SFŽP and asked to sponsor the ODS in exchange for that party depositing substantial capital there. At the same time, Martin Knetig began to press for the approval of a method of saving SFŽP capital, which would enable manipulation of bank offers at the level of financial advisor.

Libor Michálek (“L. Michálek”) was appointed head of the SFŽP in August 2010 on the recommendation of an aide to the Ministry of the Environment, Martin Knetig. But from the start of his engagement he was witness to a series of shady dealings and pressures; therefore he decided to report suspect activities to his superior, namely Environment Minister Pavel Drobil, but the latter did not quite share Michálek’s doubts. Subsequently, L. Michálek contacted Interior Minister Radek John, who adviced him to provide an evidence and forward it to police. In conjunction with the media, L. Michálek made incriminatory recordings to submit to MF DNES national daily and the police. The State Environmental Fund cases come in three parts:

In September 2010, a multimillion-CZK tender was called for the provision of a sewerage plant. L. Michálek (then head of the SFŽP) was subjected to various pressures to condone to manipulations in connection with the awarding of the contract. Obviously, it was not possible to press charges for plotting to influence the awarding of public contracts, because such criminal offence had been eliminated due to several amendments having been made to the Criminal Code extant.

L. Michálek faced pressure to deposit funds in Komerční banka. But a few appointments later it was clear to him that this was to be rewarded by sponsoring a certain political party. L. Michálek was not prepared to accept the deal and duly provided evidence on the case.

With the arrival of Dušan Fibingr, there occurred a proportional increase in the number of consulting contracts between SFŽP and miscellaneous concerns associated with Dušan Fibingr. Again, significant pressure was exerted on L. Michálek to help award purpose-built contracts.

Regrettably, the subsequent court hearings did not lead to establishing the criminal liability of the persons suspected and accused, although the cases had been repeatedly heard. Supreme Public Prosecutor Pavel Zeman invoked his powers to reopen the separate cases. Thanks to the courageous stance of L. Michálek, foul intentions were nipped in their bud. 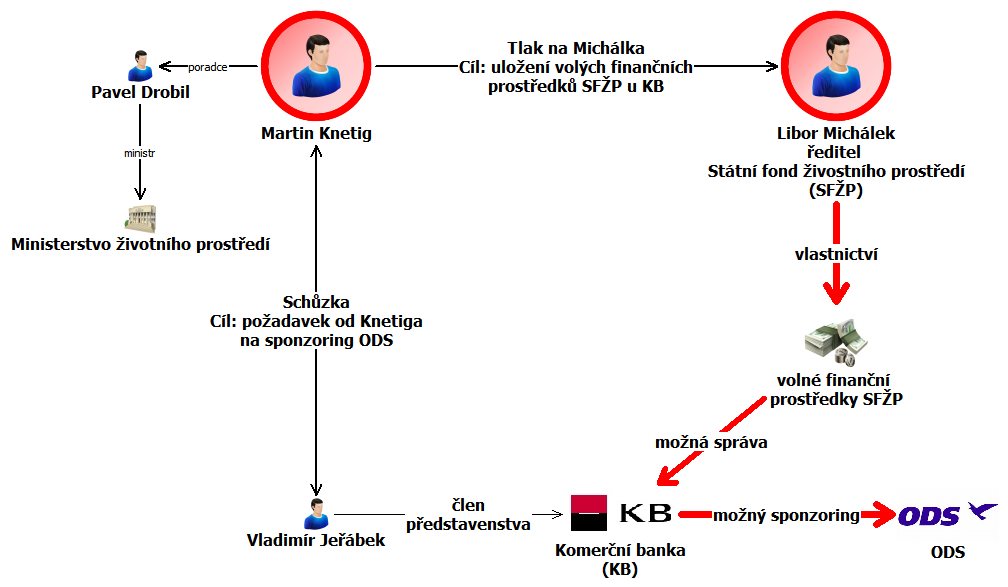 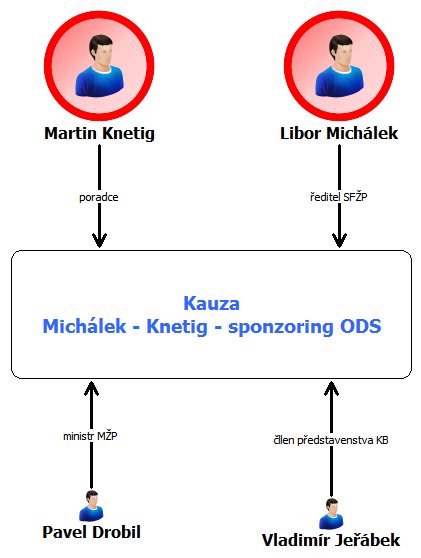 NFPK supported the case’s chief whistleblower Libor Michálek in part of awarding him with its Prize for Courage. Reward associated with this prize amounts to 500,000 CZK.

We are talking about billions of crowns.

L. Michálek faced unusually strong pressures when the case went public. Media carried a series of defamation articles, and he was variously branded a “stool pigeon” and even “Jehovah’s witness”. In these circumstances, the NFPK voted to put things right, publicly calling L. Michálek a hero and supporting him both financially and in the media world. The NFPK at the same time pressed for the investigation of all cases as indicated above.