As an opposition member of the Prague City Council in 2007-2010, Petr Hulinský was chairman of the supervisory board of Pražská energetika, chairman of the board of Pražská teplárenská, and member of the supervisory board of PRE. Three years of engagement on these posts earned him about 19 million CZK and substantial influence on the economic management of these concerns.

Three Prague-owned companies, namely Pražská energetika, Pražská teplárenská and Pražská plynárenská, undertook to sponsor spastic athletes. Sports people with such conditions had long been attended to by the civic association, Spastic Handicap o.s., and the assumptions were that the sponsorship money goes to this organization. However, the NFPK ascertained that funding was being channelled also to entities with very similar names, such as Spastic Handicap A.S., and Spastic Handicap Agency s.r.o. The NFPK ascertained, on the basis of analysis of their financial statements, that these companies were purpose-built, did not do any business in their name, had no employees, and their residential addresses often could not be reached. In addition, the names of these firms were very similar and one could very easily assume they were one and the same company.

Suspicions multiplied when the Prague-owned companies refused to disclose the size of a donation ostensibly in favour of handicapped athletes; in December 2011 the NFPK filed a legal complaint against Petr Hulinský and several other unknown delinquents. 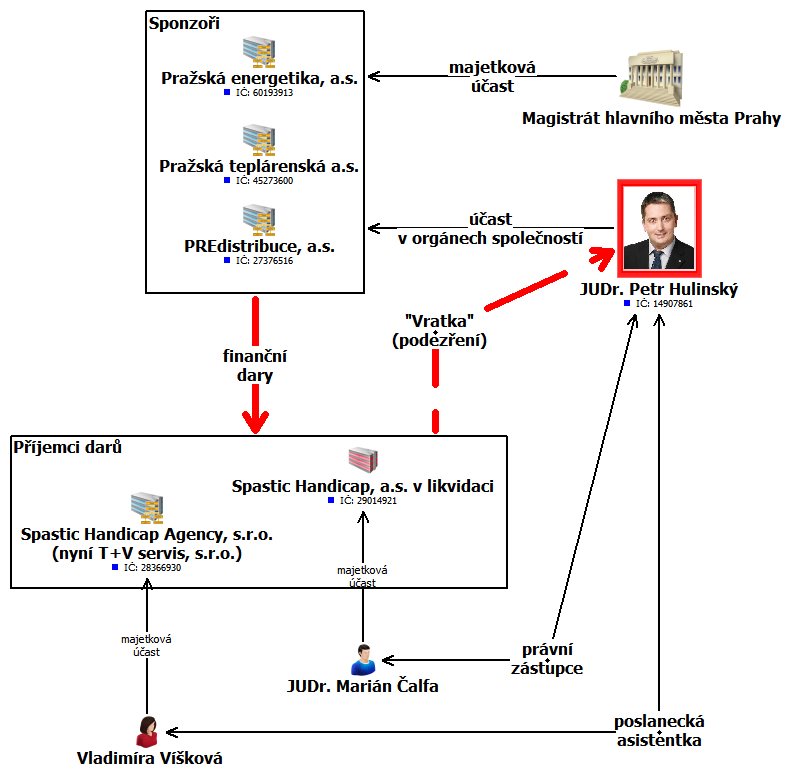 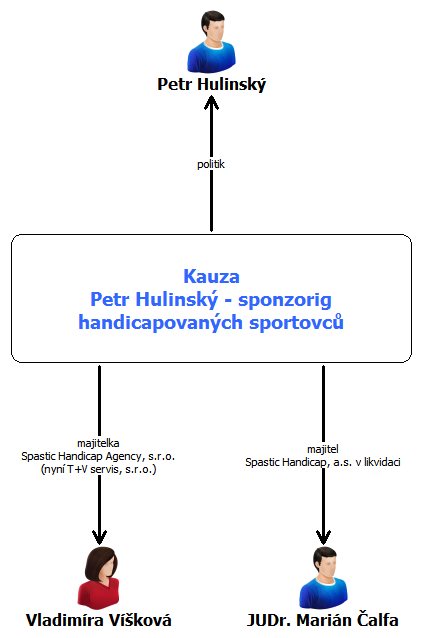 How much public finding is at stake?

The NFPK has not faced any retaliation from the subjects concerned.