What’s this cause is all about

Some time ago the Anticorruption Endowment (NFPF) heard that the Road and Motorway Directorate (ŘSD), specifically Administration České Budějovice, called a public tender had called a public tender for mobile road rail guards to be delivered to the Highway D3 Section, of an estimated value of 40 million CZK, while reportedly, the said mobile guards had long been in place.

The public order for mobile centre road rails is a living proof that the decision about what and when will happen, is not made by the ŘSD management, but by somebody else. Even though the rails should have been fitted in place, on the respective section of the road, in October this year, these same guards have been provided on that section by the contractor for Motorway D3 ever since 2013! ŘSD claims they have been lent to it for free! Small wonder the technical specification detailed technical and structural requirements matching exactly the type already installed on that motorway. Incidentally, the specification called for details that could be basically met by one and only contractor, namely the one who had already supplied the rails. ŘSD is obviously trying to legalize on paper a contract the delivery of which happened without a proper select process way back in. Its effort is exceptionally stupid, to boot.

After criticisms from the Anticorruption Endowment (NFPK) and potential contractors, the present management of the ŘSD changed the bid conditions, at the start of September, and cut the contracted price to 30 million CZK. The expected price of the contract was therefore reduced by no less than 10 billion CZK! At the same time, the contract specifications were significantly altered to allow an expansion of the circle of potential contractors so that the final price might be even less than the 30 million CZK mentioned above. It may pass that the existing centre rail guards will be dismantled and replaced with other types, or the new contactor could buy them from the company that installed them.

Of no less interest is the number of sections fitted with mobile rail guards. A highway section about 30 km long irrationally includes 22 legs with mobile rails serving as gates. Moreover, the specification calls for each mobile section to be fitted with a transfer gate to allow lane changes for integrated rescue system units and maintenance crews to switch between the lanes. In Austria, Germany or Italy such switch gates are applied to critical highway sections, notable in front and after tunnels.

The ŘSD management did not know about this contract. Moreover, the original documentation called for rope barriers, but somebody enforced the use of Varioguard-type rails. The question also is where the surplus of at least 10 million CZK would land. 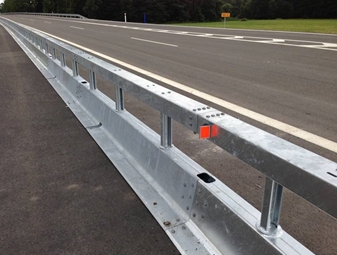 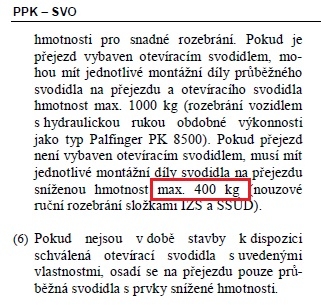 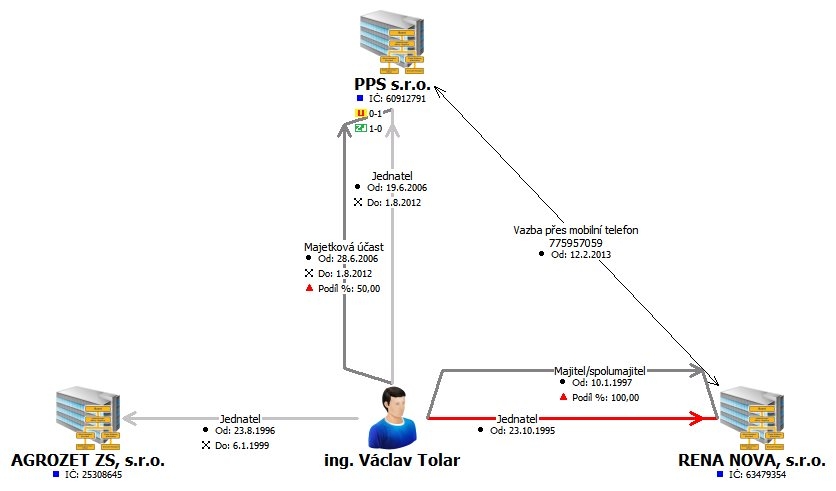 No persons figure in this particular case.

What action we took

We have repeatedly sent comments to the ŘSD management concerning this particular public procurement case. We publicized the case in October and filed a criminal complaint. We travelled to see the highway section and talked to experts and potential contractors.

In conjunction with potential contractors we managed to cut the expected price of the contract from 40 million CZK to 30 million CZK.

Two contractor agents contacted us to tell us how the case started and convince us that especially highway safety and ŘSD incompetence are at play.

No accusations or charges have been brought in this particular case to date.