The Anticorruption Endowment (NFPK) has published today the text of a resolution by the General Inspectorate of Security Corps (GIBS) concerning the investigation of information leaks from a police operation planned by the Olomouc branch of the Unit for Combatting Corruption and Financial Crime (ÚOKFK).

Data leaks from police files, leading to quick and easy frustration of long-term efforts exerted by crime-busting experts, stand out as one of the cardinal obstacles to the performance of elite police units. Serious criminal cases often remain unresolved due to information leaks. One such leak occurred in the case of manipulated IT contracts that made police raid the premises of several concerns, including Tesco SW Inc, on 30 September 2014. However, one day before the police raid, a Tesco SW employee received a warning message from a German-registered SIM card. GIBS have dealt with the incident and although it was impossible to identify the culprit, it obtained a range of relevant findings, which were anonymously delivered to the NFPK. The Anticorruption Endowment (NFPK) has released the text of the resolution on the investigation of this issue on its website.

The key person in explaining the complex affair was an employee of the Czech embassy in Berlin, who bought three German SIM cards. She was identified as she had to produce her IDs when purchasing the SIM cards. Her husband later brought these German SIM cards to the Czech Republic but ten lost them, he testified. Detectives doubted the credibility of this testimony because the witness stated several mutually contradicting versions of what happened. If that person’s final testimony was to be deemed truthful, it would mean that in the event, the lost SIM cards took a roundabout way to reach the culprit, who used them to disclose classified information about the police raid. Crime experts also wondered how this case is associated with Police President Tomáš Tuhý, as both his ex-wife and current girlfriend appear in the scenario, as shown in the chart below.

Enclosure: GIBS Resolution (in Czech only) 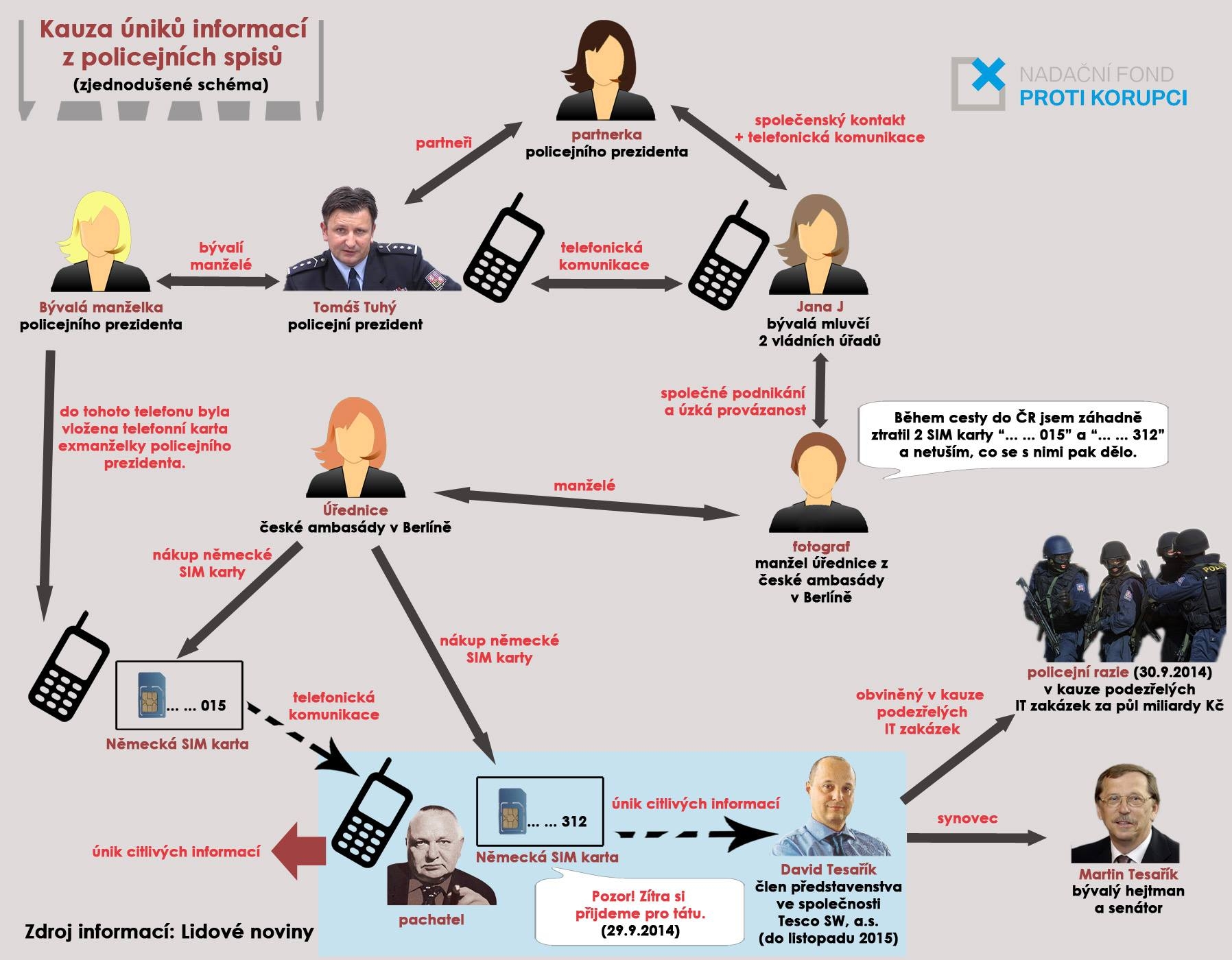